If there is one key thing to remember when it comes to Kitec vs PEX plumbing, it’s this: Kitec plumbing needs to be replaced as soon as possible; meanwhile, PEX plumbing is in many ways considered an upgrade from traditional plumbing materials.

So when it comes to advantages, there is very little that can be said for Kitec plumbing. In fact, through our years of professional plumbing service, we’ve seen numerous issues linked to it. This is why we, at PlumbWize, offer a dedicated service for replacing Kitec pipes.

Meanwhile, PEX plumbing offers a host of advantages like durability, flexibility, and cost-effectiveness. This is why we offer PEX plumbing as an option for property owners who are just setting up their plumbing system or for those who are looking into plumbing remodelling.

Despite the stark differences between Kitec vs PEX plumbing, some get confused between the two plumbing types. This is partly because Kiitec used to be manufactured by “IPEX” (which is pretty close to “PEX”) between the years 1995 – 2007. Another reason is that both have plastic components and have an almost-similar colour scheme.

If you want to learn more about the differences between Kitec vs. PEX plumbing, you’re definitely in the right place. In this article we will look into their history, materials, lifespans, distinguishing features, and more. 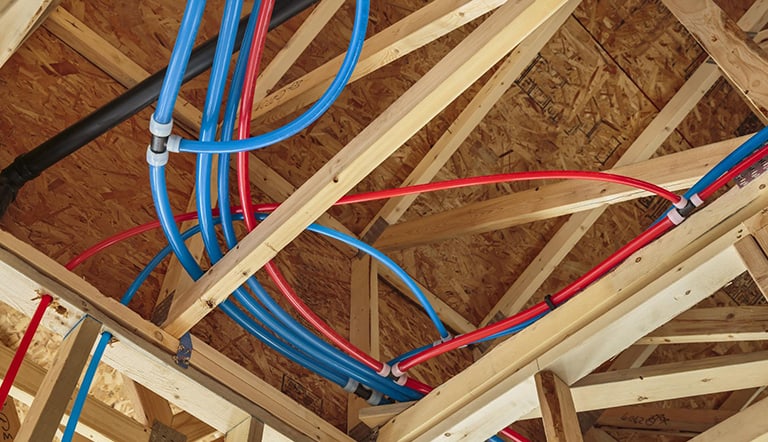 Kitec vs PEX Plumbing: Their Histories

Kitec plumbing is a type of plumbing system manufactured by IPEX. It was introduced to hopeful homeowners in 1997 and was used up until 2005. Kitec pipes, back then, were marketed to have the main advantages of easy installation and cost-effectivity. However, the high failure rate of these pipes soon surfaced over the years. Eventually, it led to the recall of the product and a lawsuit was filed against the manufacturer of Kitec plumbing.

Meanwhile, PEX was invented by Dr. Thomas Engel in 1968. PEX plumbing has been used in Europe since the 1970s and was also first used in the United States, about a decade later, in the 1980s. Currently, there are numerous manufacturers of PEX plumbing in various parts of the world.

Kitec vs PEX Plumbing: Their Place in the Modern World

The Kitec class-action lawsuit resulted in an approved $125M settlement payout. As late as 2020, however, some people are still waiting for their reimbursements to come through.

Many homeowners are now opting to have their Kitec plumbing replaced. On top of the fear of the pipe’s inevitable failure, homeowners also opt to replace Kitec plumbing because this type of plumbing limits options for mortgage lenders and also negatively affects their insurance coverage.

Currently, PEX plumbing is one of the most widely used plumbing systems around the world. It was temporarily banned in California for a while due to concerns about toxic materials but this was later disproven by laboratory tests.

Kitec plumbing is made of two layers of plastic that sandwich a layer of aluminum. The fittings for Kitec pipes are made of brass. Even the orange/red Kitec pipes cannot truly withstand the full heat that home water heaters can bring; they can only take up to 82 degrees Celsius. Eventually, the heat makes these pipes crack or burst.

Another component that contributes to the weakness of Kitec plumbing is the brass fittings. These alloy components react with moisture and oxygen so that the fittings undergo dezincification, a form of corrosion, that ends up blocking the pipe’s flow.

PEX plumbing is mainly made up of cross-linked polyethylene. This is a material that’s been developed to have properties like enhanced heat resistance, durability to corrosion, and flexibility to withstand varying water pressures.

If you’re not yet sure whether or not you have Kitec pipes in your home, we can imagine that you must be nervous to check after finding out the inherent weaknesses of these pipes. The process is quite easy though – since there are distinguishing physical features that you can easily look for.

The best place to look would be close to your water heater or under sinks. These pipes would typically come in two colours in a home: blue for cold water pipes and red or orange for hot water pipes. But do not stop right here – because PEX pipes also typically appear as blue and red pipes.

Since we cannot rely on colour alone, we must look at the label on the pipe itself. Look for the following common labels found on Kitec pipes: Kitec, Ambio Comfort, Kitec XPA, XPA, Ipex Aqua, and so on. The brass fittings would also have labels like XPA, ATSM F1974, and so on.

If you want to learn more about how to recognize Kitec plumbing, beyond just looking at the physical attributes, check out our article on How to Identify Kitec Plumbing.

Again, the best place to check a property or your home if it has PEX plumbing is near the water heater or under the sink. PEX tubes typically come in just three colours: blue for cold water, red for hot water, and white for supply lines (or both hot/cold water). But if you stop after seeing just red and blue tubes, you may mistake these pipes for Kitec pipes.

Therefore, it’s important to look at the markings. PEX pipes would have a number of markings on them, such as: 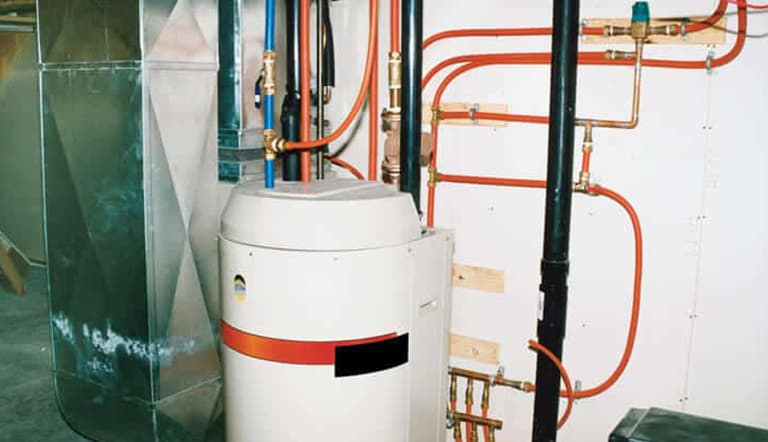 After seeing the downsides of Kitec plumbing in this article, it is completely understandable that you’d want to have your plumbing upgraded to something that you can rely on. The many advantages of PEX plumbing may have appealed to you as well.

Whatever your reasons may be for wanting to replace your Kitec pipes or upgrade your plumbing system in general, we are here to help!

PlumbWize is one of the leading providers of plumbing services in the areas of Burlington, Oakville, Hamilton, Milton, Ancaster, and Stoney Creek. No plumbing issue is too big or too small for us. If you have any questions regarding Kitec vs. PEX plumbing or anything about your plumbing needs, please feel free to reach out. Contact us today and get a free quote!